Jason Fritz was hired by the Citrus Heights Police Department in May of 2006 and he is currently assigned to the Patrol Division. Prior to that, he served as a police officer for Mountain View Police Department for 6 ½ year and prior to that as a Police Assistance working in Property/Evidence for 2 years. Jason has an Associates degree in Administration of Justice from De Anza Community College.

Jason is currently a Field Training Officer (FTO) and has over 10 years of FTO experience. Jason has served as the acting President of the CHPOA. In his off time, Jason enjoys traveling and spending time with his wife and 2 year old daughter. 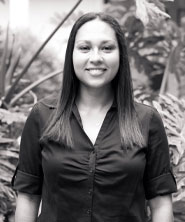 
Elena Calderon started her law enforcement career at the City of San Bernardino in 2006. She worked patrol and was on a high impact crime team that did gang and violent crime investigations, as well as assisted narcotics in undercover operations. In 2008 she lateraled to CHPD and has served as the CHPAL secretary, Explorer Program Coordinator, Domestic Violence Response Team (DVRT) officer, School Resource Officer, and often coordinates the Tip-A-Cop and other community outreach programs. In her free time she is working towards getting her Bachelors degree in English from Arizona State University. 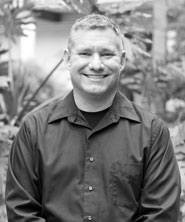 Board Member At Large - Chad Rothwell

Chad has been with Citrus Heights PD since May, 2006, and has over 19 years law enforcement experience. He previously held positions in both detective positions, and in collateral assignments such as SWAT and FTO. Chad is currently assigned to Patrol, CNT, and also a member of the Mentoring and Peer Support programs. His focus as a member of the CHPOA is to assist in making our working relationships as enjoyable as possible. 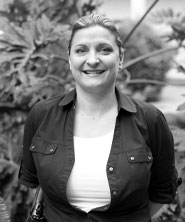 Board Member At Large - Michelle Drake

Michelle's interest in law enforcement began while working for NORDSTROM as a Loss Prevention Manager. She worked at Nordy's for 12 years before starting her career with the Roseville Police Department in 2002. She worked for the City of Roseville for nearly 4 years. In 2006 She recognized the opportunity to start a brand new police department would afford her new challenges and promotions. She lateraled over to Citrus Heights in April 2006. During her career with Citrus Heights she's held positions with Honor Guard, Bike Patrol, and FTO. She's trained over 30 new and lateral officers before taking her new position as a detective. She recently celebrated her one year anniversary with her best friend/husband, Chris. Her hobbies include wine tasting, running (for wine), and visiting "The Happiest Place On Earth" as much as she can. Upon retirement, Michelle plans to open a wine and cigar bar serving the best wines paired with the best cheeses and meats, while relaxing with some country or jazz music and a cigar.